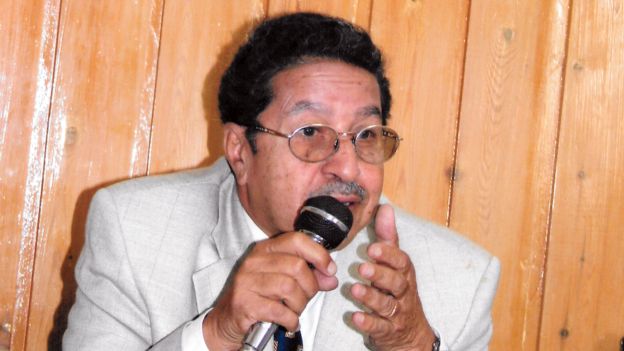 The DAAD-Stiftung awards the Prof. Dr. Mahfouz Kassem Scholarship for postdoctoral researchers and doctoral candidates/PhD students who have graduated with a master’s degree or a diploma by the time the scholarship starts. Also, they should not already be working at a German institution before the grant is taken. It is required that the applicants do research in a field relevant to the pharmaceutical industry in Egypt and are not older than 31 years when applying.

The proposal shall contain a detailed research project highlighting its relevance to the pharmaceutical industry. The details of the part of the research to be conducted in Germany should be outlined. A letter of acceptance from a German institution should be provided at the time of application. If necessary, the letter should include settlement of intellectual property

The scholarship is for a minimum of two and a maximum of three months duration. It is possible that the selection committee will put a concrete duration to the project.

The scholarship cannot be extended. The duration needs to be confirmed with the home institution before handing in an application. 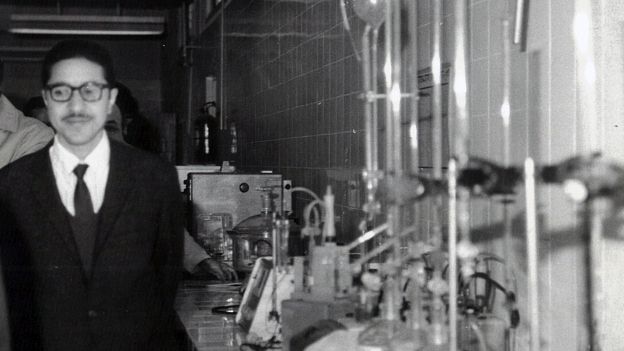 
Prof. Dr. Mahfouz Kassem (1934-2018) born in the village of Shiwa, Dakahlia Governorate, Egypt graduated from the Faculty of Pharmacy, Cairo University in 1956. He was appointed at the same faculty after graduation but then moved to the National Research Center in Cairo (NRC). He was awarded a scholarship from the Egyptian government to obtain his Ph.D. from Germany.
He started his postgraduate studies at the Free University of Berlin in 1958 then moved to Münster with his supervisor where he obtained his Doctorate degree in Pharmaceutical Technology in 1963. After returning to Egypt he inaugurated the Pharmaceutical Technology Unit at NRC and later became Head of the Pharmaceutical Sciences Department. He was elected as President of the Egyptian Pharmacy Association in the 1970’s. He acted as a member of several committees in the Ministry of Higher Education and Scientific Research, The Academy of Scientific Research and Technology, the Ministry of Health, the Egyptian Phramacists’ Syndicate, and several Egyptian Universities including Cairo, Alexandria, Assiut, Tanta and Suez Canal Universities, where he lectured and supervised students.

He acted as a visiting Professor and went on scientific missions to universities and research institutions in Münster, Bonn, Montreal, London, Nottingham, Portsmouth, Columbus, Heyderabad, New Delhi, Warsaw and others. He supervised under- and postgraduate students from different universities in Egypt and abroad and created opportunities for them in the academia and in the pharmaceutical industry.

Throughout his career he has built bridges between Egyptian and German researchers. He sent many of his students to Germany for research visits and postgraduate studies and hosted many of his German colleagues in Egypt.

His research focused on pharmacokinetics and optimization of drug delivery systems. He devoted much of his research to develop pharmaceutical preparations to optimize the control of schistosomiasis, an endemic disease in Egypt and several developing countries. Prof. Kassem developed strong research ties with the pharmaceutical industry in Egypt and abroad, being able to bridge the gap between academic research and research requirements of the industry. He himself acted as a consultant in the R&D sector for several companies. Some of his research ideas reached the stage of production and became drugs available in the market. He is a holder of several patents in Germany and Egypt.

During his career he received several scholarships including Alexander von Humboldt and DAAD scholarships. These organizations later provided opportunities also for his students to interact with German researchers and institutions. Prof. Kassem was awarded several prizes and decorations including the Order of Science and Arts and several state prizes in Medicine.

His publications' list includes more than 90 original articles as well as books, book chapters and reports. He was commissioned by the World Health Organization to contribute to an analysis of the status of health research in Egypt and other developing countries.

He remained actively engaged in research even in the last years of his life. His last contribution to the scientific literature in the field of pharmaceutical sciences was published in 2015.

Prof. Mahfouz Kassem devoted much time to his beloved family. He was a caring husband and father. He infected them with his passion for science and research. His wife and his sons enjoyed accompanying the father to his laboratory and on his international travels to meetings and congresses and were keen to follow up on the progress in his experiments and publications as well as the success of his students; many of them became good friends to the family.