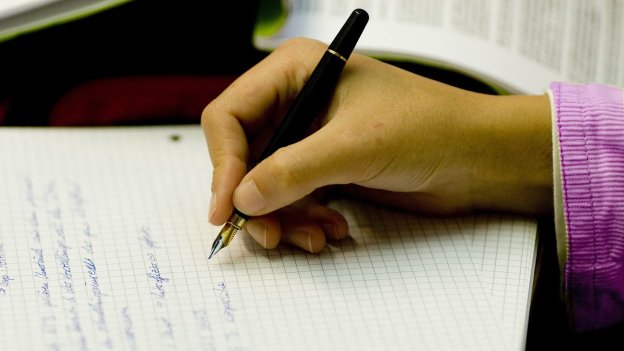 Studying... this it what Ipeleng Kgatle came to Germany for. NEU

When I moved here just over in May 2018, my first steps were to get myself registered at the local foreigner’s office and also familiarize myself to Mannheim. This was then followed by getting registered at school and familiarizing myself with how things are done at schools here. 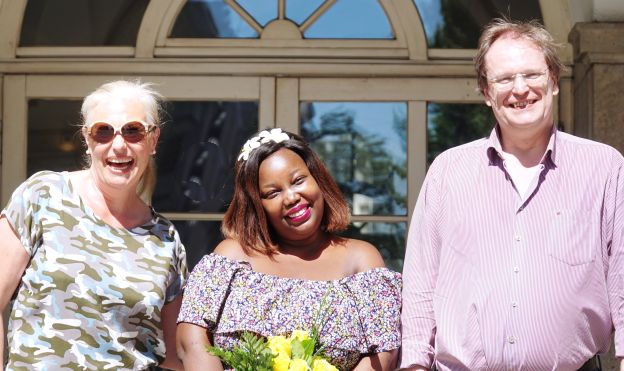 Arriving a bit late for the spring semester made everything difficult. Beginning classes almost in the middle of the semester was a bit overwhelming as I had to work very hard to catch up on the missed work, to understand everything and also try and do well in the subjects. Some classes I could not attend because it was a bit too late and I had missed a lot of work. One of my lecturers, Professor Krahnenfeld helped make my arrival a lot easier.

My studies so far have been daunting and challenging. I remember when I was back home, before I came here, I was very stressed and anxious about studying here. I wondered if I would make it and pull through. I wondered if I hadn’t bitten off more than I could chew but still I came. The main reason for me to feel like this was because of the fear that comes with leaving one’s home and moving to a foreign country. It was the fear and discomfort of change.  What was of huge assistance when I arrived here was the support from Professor Krahnenfeld. Her assistance and support made the load a lot more bearable. Like I said before, most of my classes were in German which made my experience at school even more challenging.

My weekly schedules weren’t so hectic as I only had 5 modules. I had classes three days a week and all the other days I spent all by myself, working on my voice and refining my technique.

My daily motto was to just keep pushing through and I must say, I am very happy with myself. In the short time that I was at the Mannheim University of Music and Performing Arts, I was able to take part in two school concerts, both in Mannheim and in Heidelberg. I also was lucky to take part in a master class by Franz Hawlata, a world renowned opera singer. Lastly, I was able to pass my German course (A1) and will be moving to A2 in the next semester. As mentioned before, I couldn’t take all of my modules because of my late coming, but I will definitely be taking them in the next semester. The winter semester is a bit daunting because it will be more work for me, but it is exciting, and I can’t wait to see what it has in store for me.

Our A1 lecturer was a lady called Frau Wiener, who had been teaching at the music school for many years. She is exactly what I had always pictured a German teacher to look like with her super straight face and her formal outfits. Even the way she talked to us was “German”, always correct and always goal oriented. But after a while I also saw her other side. I noticed how much she cared about each and every one of her students. After a while I even could see that she had a lot of humor. We mostly would not understand her humor and jokes because all our cultures in the classroom were different, what one found funny would not be funny to the other, but sometimes she would tell us funny stories about her life and teaching experiences.

She played a big role in me passing my A1 even on my late arrival. She taught the German language with a lot of enthusiasm and patience and would always encourage us to work hard as German is a hard language to learn.

Everything at the beginning was a bit unclear and I felt lost most of the time. I didn’t ask for help from my classmates because I didn’t know them and didn’t feel comfortable about doing it. I just figured everything out on my own, with the help of the text books that were provided and also through watching Youtube videos. I always laugh because Youtube, or the internet rather, has always rescued me from the worst and craziest situations. It’s just always there and ready to help, which is great.

I was also stressed and overwhelmed because having taken German lessons back in South Africa, I thought it would be easy, but that was not the case. It felt like it was my first encounter with the German language and this was mainly because my lessons back home were conducted in English and when I got here, everything was in German, the explanations and everything was done in German. It honestly felt like a nightmare and I would often freak out because I didn’t think I would ever get to the point where I understood and knew the language. As I started getting used to the environment, settling down, getting used to the way things are done at school and getting to know my peers, things started to get better, I started to be at ease and more relaxed in the lessons. This made it easy for me to learn and participate in the class.

The class was comprised of dance students, instrumentalists and singing students. Most of them were from Asia and were also starting out with the language. I was the only one coming from Africa in the class and in the whole music school, even till now. Having seen how the Asian were quite large in number and were sticking together in and outside of classes made me miss having Africans around me. It made me wish to have even just one person in the school who is African. So, as to make me feel in some way that I was home.  But, as time went on by, I managed to get to know all of my classmates and make a few friends who I’d communicate in German with and also go out with in my spare time. Our lessons were usually on Tuesdays at 7:30 in the evening and on Saturdays at 8:00 in the morning. Of course, it was a bit difficult attending the morning classes because I have generally never been a morning person. I find it easier to work in the evenings than in the mornings, this would therefore make me go to bed very late, resulting in me struggling to wake up in the morning. So, it is safe to say, I did not like the morning classes and the waking up, but what choice did I have? I had to attend the classes and improve my German skills.

Like any other student, when I started with the lessons, I was nervous but excited to learn. But as the semester was nearing its end, I got a bit tired, the whole class did. There was a lot of material we needed to know and it was getting overwhelming. It was very frustrating because we were seeing little progress were also under a lot of pressure from the other classes we were taking at school. This resulted in a lot of conversations where our lecturer would encourage us to keep going, reminding us that, if we don’t put in the work, we wouldn’t advance to the next level(A2). So, we pushed and also helped each other whenever we could.

What was very helpful with the whole A1 program was the two week intensive course period we had at the end of the semester in preparation for our exam. In this time, we revisited everything we had done throughout the semester. This was great for me specifically because I had missed a lot of work in the beginning. It gave me the opportunity to fully understand the work and get ready for the exam that was coming.

After 3 months of attending the lessons, at the end, I was happy to find out that I had passed my A1 and that was now going to A2. This gave me a little confidence to try out the language at grocery stores, cafes and restaurants.

Another factor that had the biggest contribution to the beginning stages being difficult was the language. Me not knowing German and moving here felt like I had definitely jumped in the deep end and had to learn how to swim and survive. It was very difficult to get around. EVERYTHING is in German! My classes were in German, colleagues spoke German, the secretary at the Doctor spoke German, my goodness, it was crazy!

I would always tell my friends back home that after a long day at school, my head would constantly hurt from trying to figure out and understand what people were talking about. Many times I asked myself what I was thinking coming to a foreign country without knowing their language, but I just laughed away any negative thoughts I had mostly when I spoke to my friends and focused on learning the language. Most of the times when I had an important appointment, for example at the doctor’s or the foreigner’s office, I would google translate possible conversations I thought I would have beforehand just to feel at ease. I remember my first encounter at the Doctor’s office, I could not communicate properly with the receptionist, and all she could say was “Aber du bist in Deutschland”.

I would always make sure I search and visit Doctors that spoke English, but most of the workers at those offices would not know English, and so, most of the times I found myself in difficult situations.  Language barriers are definitely real! Even making friends was hard because not a lot of people spoke English and I couldn’t speak German, and some didn’t want to speak English at all. So, with that being said, most of my first few weeks here in my spare time were spent alone.

Now, things are far better than they were when I arrived here a few months ago. Things seem to be getting better with time. I can now speak a little German and I can get around more easily than before. Things getting better has offered me a sense of calmness and security because I can now enjoy living here.