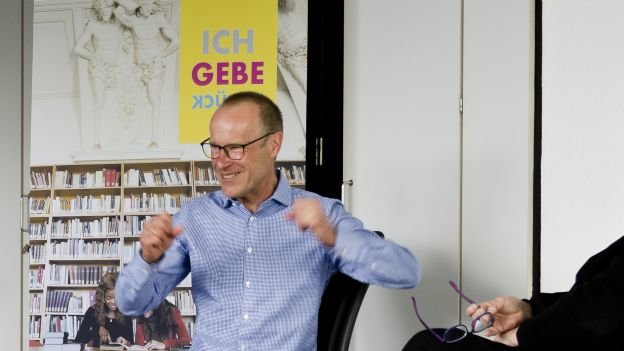 Michael Aven was an American when he came to Germany on a scholarship in the 1980s.

His goal was to have a classic university career as a chemical scientist. He had intended to return to his home country to do just that.

Dr Michael Aven stayed in Germany and started a family here. Now, his children are grown up, he is working successfully for a German pharmaceuticals company and became a German citizen in 2006. He is happy.

After he had already lost his mother, his father passed away in 2018. Michael Aven inherited his parents’ fortune. He knew immediately that he would not use the money for himself, but for a good cause. 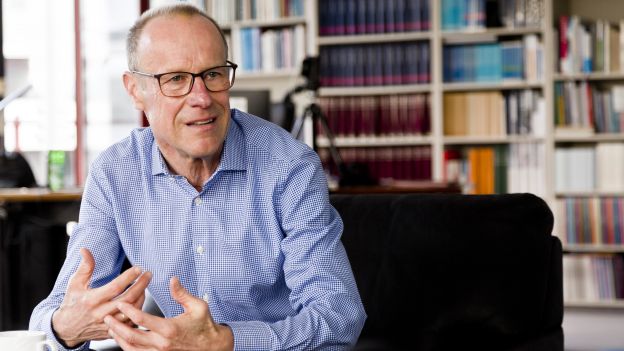 It was clear that he would use this inheritance to benefit physicists and musicians as well as scientists in other fields. So he did some researching, in order to find out which non-profit organisation might be the right one to put his plan into action. He found the DAAD-Stiftung and was convinced that it satisfied all criteria that were important to him.

There is a personal contact and the money does not end up in one big pot.
The Foundation has an international orientation.
His personal preconceptions of a good cause are implemented.
He can choose which subjects are to be funded.
He can offer young people a new perspective.
He can specifically support the mobility of Americans.
His ultimate goal is to foster international thinking among Americans, as he feels this is important to support the economy and promote social togetherness.

These values stem from when he came to Germany as a doctoral candidate: his horizons were broadened – in more ways than one. His insights into the German language and society gave him new impulses and shaped his attitudes towards international cooperation, without which, he feels, global coexistence is not possible. And he tries – not least with the scholarships he has donated – to be an ambassador for Germany and for Europe in the USA.

So, he contributes his inheritance to the DAAD-Stiftung in the form of a sub-foundation. That way, the money is added to the Foundation’s capital and the interest can be used for long-term good.

A fund is established within the DAAD-Stiftung. Michael Aven names the fund “Respekt und Wertschätzung“ (Respect and Appreciation). He does not care about the scholarship holder’s study status – a student can gain international experience and share it at any age.

On the website of our trustee, the DAAD e.V., you can read the interview [German only] Dr Michael Aven and Dr Dorothea Rüland (then member of the DAAD-Stiftung's Board) gave together.
As of May 2020