Dr. Wolfgang Knapp: Now I would like to give back 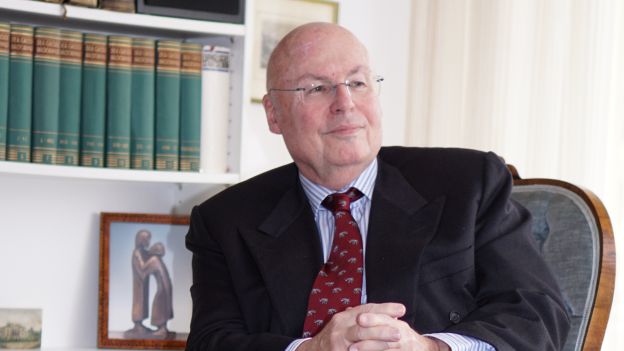 A man with vision – the international attorney Wolfgang Knapp

“Without the generous support of the DAAD, my life would never have been so exciting,” admits Dr Wolfgang Knapp, attorney and senior counsel at the law firm Cleary Gottlieb Steen & Hamilton LLP. After receiving a DAAD scholarship in the 1970s, he had the opportunity to study in the United States, write his dissertation and complete a ground-breaking internship in New York. Today the DAAD alumnus feels it is necessary to strengthen the DAAD-Stiftung and donate to its funding programmes. He is convinced that investing in education is a matter of great social importance.

Dr Knapp, you have supported the DAAD-Stiftung very generously on multiple occasions – with an endowment and regular donations provided through your own GdF-Knapp Stiftung. How did this come about?

Wolfgang Knapp: I’ve been trying to get my finances in order for some time now. Two years ago, three close friends and I established the GdF-Knapp Stiftung to support charitable projects that our important to us on a long-term basis, in other words, after we’ve passed away. For me, this includes providing regular support to the DAAD-Stiftung. The abbreviation “GdF”, by the way, stands for “Gemeinschaft der Freunde” – in English, “Society of Friends”.

There are numerous charities supported by foundations. Why is the DAAD-Stiftung so important to you?

I would like to give something back. This desire and the enormous gratitude I feel toward the DAAD are the primary motives for donating to the DAAD-Stiftung. What’s more, I’m convinced that investments in education are tremendously important to society. The key impetus for me, however, was that I myself benefited from the support of the DAAD. There’s a closeness there. As a former scholarship recipient, I’ve built a personal relationship to the DAAD. I’m happy that I can now personally contribute to helping students gain academic training and promoting international exchange through my donations to the DAAD-Stiftung. 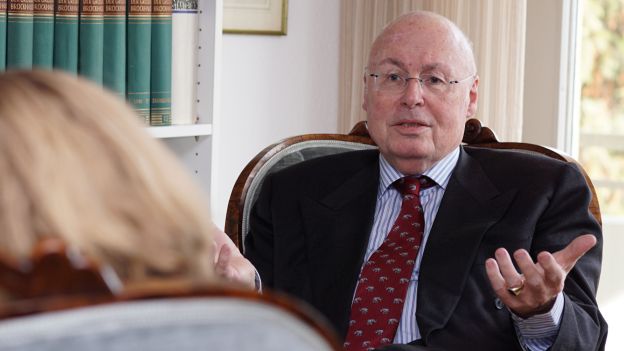 Wolfgang Knapp: “I liked the internationality of the United Nations.”

Why did you apply for a DAAD scholarship back then?

I wanted to study at an American university so I could improve my English. In 1970, I received a scholarship to attend a one-year master’s programme at the University of Michigan’s law school. After graduating, I wanted to stay another four months so I could write my doctorate on American constitutional law. The DAAD provided me additional funding for this project as well, along with a short-term bridge grant. Just the year before, I had also received a scholarship to attend the summer course at the Hague Academy of International Law. This generosity and completely unbureaucratic show of support that financed my stays abroad – coupled with the expectation to be “a good ambassador for Germany” – it’s something I have never forgotten.

What impact did these scholarships have on your future career?

After finishing my dissertation, the DAAD wrote me a letter inviting me to complete a kind of internship at the United Nations in New York as a so-called “attached officer” for a few months. You could say I was something like a Carlo Schmid Scholarship holder before the programme even existed. I liked the internationality of the United Nations, but my responsibilities there weren’t especially challenging. That’s why I decided to transfer to the International Monetary Fund in Washington where I applied for a position in the legal department. Its director, Sir Joseph Gold, advised me to try my luck instead at an internationally oriented law firm on Wall Street. He promised that he would keep my application on file in case I did not land a job at one of the Wall Street firms he had recommended to me. And that’s how I became the first German to land a job at the international law firm Cleary Gottlieb Steen & Hamilton, where I still work as an emeritus.

This career path was relatively uncommon for a German lawyer at the time...

Absolutely. I don’t know of any other German lawyer of my generation that followed a similar career path. The chance to help establish several branches of the firm and practice law in four continents was very unusual in those days. I handled numerous international cases and always felt called upon to act as both a diplomat – my original career goal – and a lawyer. Choosing this path was admittedly a rather bold decision. But I’ve never regretted it. Yet I also know that I was very fortunate. Without the support by the DAAD, I wouldn’t be able to look back at such an interesting career today.

Do you have any concrete ideas or expectations on how the DAAD-Stiftung should use your donations?

No, I don’t believe in earmarking funding for specific purposes. I like the fact that the DAAD-Stiftung can flexibly support candidates who e.g. find themselves in difficult circumstances.