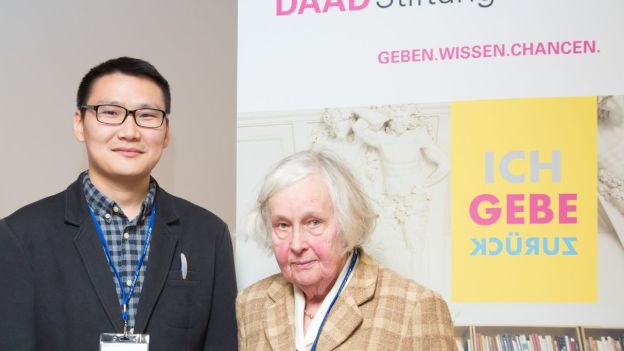 In October 2015, the time had come for Prof. Dr. Ulla Johansen, a regular supporter of the DAAD-Stiftung, to finally meet her new scholarship recipient Mr. Aital Yokovlev from Yakutia. The meeting took place during an orientation seminar, organised by the DAAD department for Eastern Europe, Central Asia and South Caucasus.

Ms. Johansen sponsors a young junior researcher in Yakutia every year because of her longstanding ties to the region in Russia. Thanks to a six-month research grant provided by Ms. Johansen, the Ethnology major can continue working on his projects and gain intercultural experience in Germany.

The DAAD-Stiftung is happy to arrange such meetings between scholarship providers and their recipients, if so desired by the sponsors. Because both share in-depth knowledge of the subject matter[R1] , these meetings are not only about getting to know one another. In many cases, sponsors become something of a mentor to their scholarship recipients which leads to regular contact in the future. They occasionally help their protégés with difficulties they are having with their dissertations. And frequently they discuss the special challenges of conducting such work in a foreign country – an experience Ms. Johansen shares as a two-time DAAD alumna. 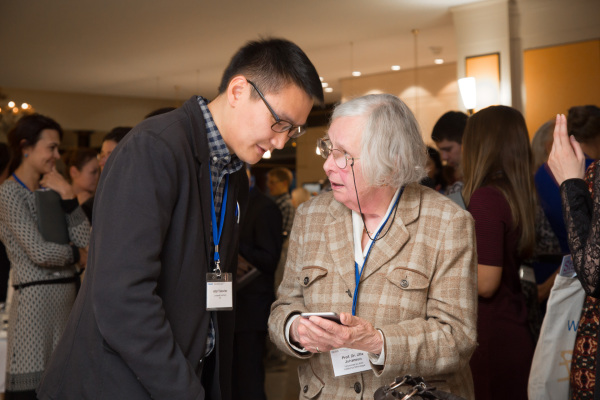 Ulla Johansen and her Russian protégé in deep conversation

In addition of having the chance to meet Mr. Yakovlev, Ms. Johansen was also invited to speak at the event. In her presentation, she described what she experienced during her study visit in Turkey, and above all, in Russia. It quickly became clear that her lecture was much more than merely a personal retrospective. To those in the audience, many of whom were sixty years her junior, she offered advice and practical tips for studying abroad. She described what it’s like to gain new impressions in a foreign country, in a strange working environment, with unfamiliar people. And it turns out that the requirements for studying abroad with success are practically the same as they were more than half a century ago. When one quickly learns the language of the foreign country, encounters people with an open mind and dares to go beyond one’s personal limitations, one can reap the most benefits from this special time, make valuable contacts, gain informative memories and make (lifelong) friends. An intergenerational realisation for everyone on that evening. 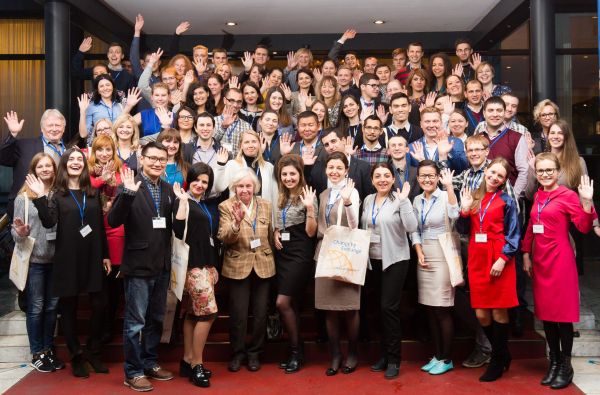