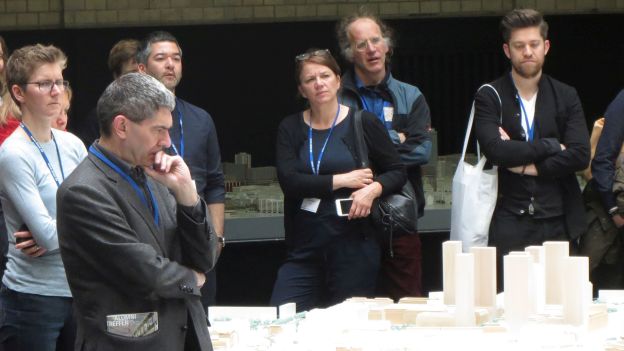 Jonathan Louth at the Architects’ Alumni Meeting hosted by the DAAD in Berlin in May 2017. Mr. Louth received a DAAD scholarship in 1980-81 during his studies at the RWTH Aachen.

"I support the DAAD-Stiftung because I believe that we should all should contribute to supporting academic exchange. The DAAD-Stiftung offers me the chance – both directly and symbolically – to play a role in bringing about change."

The motto of the DAAD is “Change by Exchange” – a slogan which, in my opinion, is all about people.

My great-grandfather was born in Hamburg in 1862. The last of his eleven children, my grandmother, died in 1990 in London. In this span of time, Germany had been united, disgraced, divided and reunited.

In 1976, when I was 18 years old and working in Berlin, the Wall had been standing for 15 years. Back then we believed it would be standing there for a long time to come. We never guessed that the Berlin Wall would fall just 13 years later. I didn’t know either that – thanks to the DAAD –

or that I would 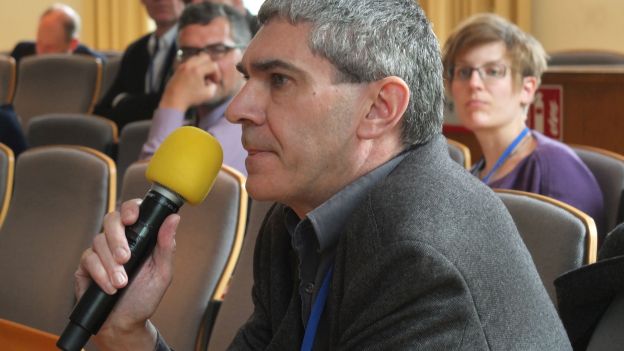 DAAD
At the Alumni Meeting: Discussion with colleagues

There’s a saying in German that goes “You have to return from abroad in order to get to know your home country.” Our liberal attitudes, our freedoms and rights (and especially those of minorities), our academic mobility – all of this has been achieved through hard work. And such freedoms can be lost all too easily. But in the words of the ethnologist Margaret Mead, roughly quoted by Heinrich Strößenreuther, who was once a Deutsche Bahn manager and Greenpeace campaigner and is now a transportation activist, at the DAAD Architects’ Alumni Meeting: “Never doubt that a few committed people can change the world.”

Between 1862 and 1990, in the space of two generations of my family, the DAAD was founded in 1925. Later in 1990, it stood and continues to stand firm in the academic world amidst the social and political “earthquakes” of the day. For me, therefore, the DAAD not only stands for “Change by Exchange”, but also for “Appreciating and Evaluating Traditions through Exchange”.

As I said above, it’s all about people. In my opinion, that in itself deserves my support. And that is why I have become a sponsor of the DAAD-Stiftung.

The German text is the original statement.